While many entrepreneurs, especially those in Northern California, focus on starting the next sexy business, it is often the mundane ventures that generate the highest return. Companies like Waste Management generate billions in revenue yet investors fawn over and entrepreneurs try to replicate the Twitters and King.coms. Not that those are bad companies, but many would-be founders are overlooking opportunities in “boring” businesses that could yield billion-dollar returns.

Probably the best example of this gap between the perceived opportunity and the real opportunity is Amazon. Most of the people reading this blog are probably excited about Amazon’s strategy to use drones for delivery or the newest content and original program that it has added to Amazon Prime. However, as Forbes Magazine wrote about in the article “Amazon’s Wholesale Slaughter”, its initiative in the $8 trillion wholesale distribution business is their most disruptive move yet. 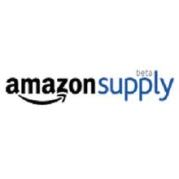 AmazonSupply is an e-commerce site that targets the unsexy but huge wholesale and distribution market. While people are fascinated by the $4 trillion retail business (Amazon’s share is $74 billion) where Amazon has gained a huge share, wholesalers in the US alone generated $7.2 trillion.

Amazon’s initiative started with an acquisition that generated much less interest than many of their other deals, its 2005 purchase of SmallParts.com. Amazon is staffing this venture aggressively, currently with about 40 job listings, with the goal “to supply everything needed to build civilizations.”

Amazon is disrupting the wholesale and distribution business by offering products that in the past were only available from specialist or niche distributors. These distributors cannot compete with Amazon’s technology infrastructure or distribution. Meanwhile, retailers like Home Depot and Lowes cannot stock the same breadth of products because they have to worry about how quickly it moves off shelves, while Amazon can afford to service the long tail of people’s needs.

Overall, Amazon is attacking a boring, fragmented industry and likely creating a business more valuable than its core retailing business (just as it did with AWS). Other than one major competitor, Grainger, most of the companies in the distribution space are small and cannot match Amazon’s resources. This gives Amazon a price and speed advantage. The lesson from this is that although Amazon is often admired as a forward thinking tech company (which it is), it’s large value is disrupting a boring, non-sexy industry.

It would not be one of my posts if I did not reference Uber, which is another great example of creating an incredibly valuable business by disrupting a very staid and non-sexy industry. In Uber’s case, they disrupted the taxi industry. Just like Amazon, Uber identified a large business that was very fragmented. Although not as sexy as the game industry, in five years Uber has built a business most recently seeking a $12 billion valuation (how many game companies are worth $12 billion).

Look at the “boring” spaces

There are huge opportunities outside of the “cool” sectors. Although it may be better when chatting someone up at a bar to talk about the exciting game you are building than how you are disrupting the garbage industry, if you are looking to build a business worth billions look to the mundane.