Last Monday, the Royal Swedish Academy of Sciences announced that Oliver Hart and Bengt Holström won the Noble Prize in Economics for contract theory. One important aspect of the award is that contract theory is valuable not only to academics but also for social game and technology companies. Understanding the keys to contract theory will allow you to negotiate agreements more beneficial to your long-term interests. 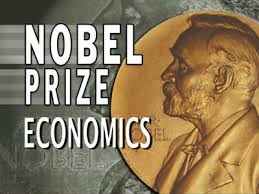 What is contract theory

Contract theory shows how contracts help assuage clashing interests among parties. Hart and Holström’s work focuses attention on the necessity of trade-offs in setting contract terms. Such contractual relationships can deal with anything from CEO bonuses to the deductibles and co-pays for insurance, the Royal Swedish Academy of Sciences said Monday when announcing the award.

Dr. Holmström’s work has focused on employment agreements. Companies would like workers to act as if they owned the place by working hard and controlling costs while taking smart risks. Employees, however, want to be compensated as much as possible while working no harder than essential. And performance is difficult to assess. One implication of Holmstrom’s work is that it makes sense to withhold some compensation for a time, to evaluate the results of someone’s work over time and compared with their peers (both inside and outside they company).

Holmström applied a deeper analysis to the issue of performance pay, where hard work cannot always be observed properly. His work insinuated that performance-based pay should be associated as much as possible to measures of managerial performance (such as the price of a company’s share relative to those of its peers rather than the share price in isolation). But the more difficult it is to find good measures of performance, the closer a pay package should get to a simple fixed salary.

Dr. Hart’s work begins from the observation that contracts are partial instruction manuals. They cannot specify what to do in each case. Instead, they must postulate how decisions should be made. Thus, the contract is less about specifics and more about who owns final decisions. Hart’s idea is that the very basic contract, since the future is uncertain, must spell out who has the right to decide what to do when the parties cannot agree.

A common and important thread in the work by Hart and Holmström is the role of power in planning co-operative ventures. Individuals or firms with the ability to hold up arrangements—by withholding their service or the use of a resource they own—wield economic power. That power allows them to capture more of the value generated by a co-operative effort. Contracts exist to shape power relationships. In some cases, they are there to limit the exercise of hold-up power so that a venture can go forward. In others, they are intended to create or protect certain power relationships in order to encourage good behavior: workers or firms with the right to exit a relationship, for instance, force other parties to that relationship to take their interests into account.

What contract theory means for you

There are several ways you can apply Holmström and Hart’s work to a tech or game company.

The key is that you need to understand and address the importance of control and power in all business relationships, whether the contract is written or implied. Since the future is uncertain, it is often this power that proves more important than formal rules about specific situations. If you do not have control, ensure you have sufficient power to protect your interests in an uncertain future.