I am not a big fan of end-of-year predictions, as they are usually not worth the bandwidth they take up; instead, I thought I would instead start the year by discussing two areas that I feel are the most exciting part of the tech space. These are already sectors that are experiencing strong growth and have generated a lot of attention from investors, but hopefully this post will help you see the opportunity and how it could impact your efforts. 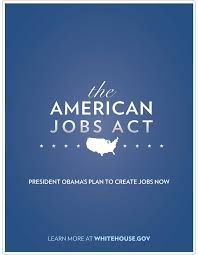 Although Kickstarter and its reward-based crowd-funding has already found a solid position in the game space, crowd-funding will explode once non-accredited investors can actually obtain equity in companies. In the spring of 2012, President Obama passed an act that will drastically alter the landscape of crowd-funding platforms. Prior to this act, a small pool of existing crowd-funding sites were only permitted to operate on a reward or donation basis (e.g., Kickstarter), essentially offering a product, discount, or enticement in exchange for monetary funding. With the launch of the JOBS Act, the ability for the general public to receive company equity in exchange for funding is now a possibility.

Although I expect equity crowd-funding to have a major impact in 2013, timing is contingent on some other factors. Particularly, the SEC (U.S. Securities and Exchange Commission) still needs to create the rules for portals to offer equity crowd-funding, so that investors (and companies and portals) are sufficiently protected and everyone is on a level playing field. Although the law called for the rules to be written this year, the recent resignation of SEC Chairman Mary may drag out rule creation until the end of 2013 or even into 2014.

Regardless of how long it takes, equity crowd-funding should have a huge impact on the entertainment industry. No longer will young companies have to rely on friends and family or local “angel” investors. Even existing companies can fund growth without the same fund-raising efforts they now need to go through. Equity crowd-funding should allow these companies to raise much more than they can through Kickstarter or other reward sites, as there is a limit to how much people will invest for something cool (though the JOBS bill does limit investment to $1 million). I also expect returns through equity crowd-funding to exceed that from current game industry investments, as the crowd-sourcing model harnesses the knowledge of virtually everyone to pick the winners, similar to prediction markets like Intrade or the Hollywood Stock Exchange.

There are pitfalls. Many start-ups fail, and entertainment companies suffer an even higher failure rate. Investors may become disenchanted when they find their exciting project has run out of money and closed. Also, even when there is a success, it will probably take years before the investors can pull their profits out (the law calls for a minimum investment period of one year), though secondary markets might overcome this problem. For companies, they may have difficulty dealing with hundreds—or thousands—of investors. Even if the investors do not have voting rights, most companies would (should) feel a need to respond to investor concerns.

The final concern is how institutional investors will view companies that have raised equity through crowd fimdomg. They may not want the trouble of having thousands of co-investors. If they invest at a lower valuation than the company initially raised (and “sexy” companies may get excessive valuation from unsophisticated investors), then they must deal with investors who have seen the nominal value of their investment decrease. Conversely, I expect equity crowd-funding to be a plus for companies then seeking institutional investment. They will see it as validation from the market that the company has exciting products and a great future.

The other area that is likely to dominate in 2013 is MOOCs (massive open online courses). These are classes offered through sites like Coursera, Udacity, Khan Academy and edX that are targeted to huge numbers of people and provided though the Web (normally for free). Courses are often taught by leading academics from the top universities in the world, such as Harvard, MIT, Stanford and the Hebrew University of Jerusalem. They can range from everything from analytics to English to decision making to calculus; in other words, pretty much any course you can find at a university.

What is exciting about MOOCs is they

With student loan debt exceeding other debt classes in the US, many are seeking alternatives to the traditional (and expensive) education framework. MOOCs allow people to build the necessary expertise to thrive in business without incurring the costs of going to a university (both in foregone earnings and actual tuition and related expenses). With the fast changing economy, MOOCs allow people to create relevant learning programs that evolve with the macro-environment, while many institutions have difficulty adapting their curriculum.

When I was recruiting at FiveOneNine, other than credentials in analytics I paid little attention to other academic degrees as they were no longer relevant. MOOCs allow people to take courses that will help them in their chosen profession.

I do not have the answer yet to how MOOCs will impact the social media and mobile gaming space, it is a space we all should focus on. First, they are a great resource to build your expertise and that of your team (see my blog post on Coursera). Second, when recruiting, finding candidates who have used these resources not only shows their initiative but provides candidates potentially with directly relevant skills. In the future, I would look at opportunities to recruit from Coursera and the other online learning platforms. It may also be possible to create games that help companies evaluate candidates who completed online training.

Given how much the social media and mobile gaming environment has evolved in the past few years, trying to predict what it will look like next January (let alone in March) is crazy. Instead, try to leverage equity crowd-funding and MOOCs, two sectors whose time has come.