We just launched our social casino game, Hit It Rich, on Facebook. Please take a look and let me know what you think. 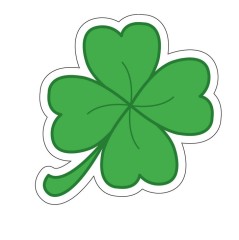 Earlier this week, I wrote about the wonderful feeling that comes from achieving an exit (e.g., a sale, IPO) for your company. The thing that you should keep in mind, whether you are a serial entrepreneur or a Super Bowl-winning quarterback, is the role of luck. I recently came across Michael Lewis’s commencement address at Princeton in 2012 about the role of luck in his success (Lewis, whose books include Moneyball and The Big Short, is one of my favorite authors).

Lewis recounted the story of how he wrote his first book. As an unemployed liberal arts grad student, he went to a dinner and sat next to the wife of an executive at Salomon Brothers (a major investment bank at the time), who ended up convincing her husband to hire Lewis. He was given a job at Salomon that he was not at all trained for and it showed him how dysfunctional the financial sector was. He took this information and quit his job and wrote his first book, Liar’s Poker. It sold a million copies.

Lewis admits that this success was not because he was a born writer; he calls that idea “absurd.” He then goes out to point out the luck that led to his success:

Even I could see there was another, truer narrative, with luck as its theme. What were the odds of being seated at that dinner next to that Salomon Brothers lady? Of landing inside the best Wall Street firm from which to write the story of an age? Of landing in the seat with the best view of the business? Of having parents who didn’t disinherit me but instead sighed and said “do it if you must?” Of having had that sense of must kindled inside me by a professor of art history at Princeton? Of having been let into Princeton in the first place?”