There has been a lot written about how licensing intellectual property (IP) can help game companies succeed, but in many ways the real story is how games can make the IP more valuable. While a quick look at the app stores shows multiple highly ranked games tied to IP, with EA’s The Simpsons: Tapped Out a prime example of the power of a brand, many licensors are sub-optimizing or missing out by not realizing the value a successful game has for the brand.

This lesson was driven home to me by the near-simultaneous launch of Star Wars Commander and Star Trek Trexels. While Star Wars Commander is still a top-performing game, Trexels is virtually non-existent. While the initial reaction may be that Disney (the owner of the Star Wars franchise) is realizing some income that Viacom (the owner of the Star Trek franchise) is missing out on, the true impact on both licensors is much more important. Overall, the revenue from either Commander or Trexels will not impact the licensor; both are multi-billion dollar companies. Yet the importance of the Commander success should not be overlooked. 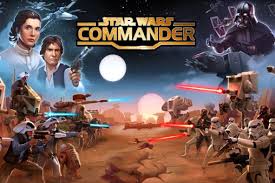 I am one of those people who like both Star Trek and Star Wars, almost equally (I also like both the Mets and Yankees, so shoot me). I deleted Trexels less than a week after downloading it because it was not a very good game. Conversely, Commander has become the game I play the most (other than ones tied to my day job). What I have found is that I am now dying to see the next Star Wars movie (and have even sought out DVDs of the old ones) and my interest in Star Trek (and anticipation of the next Trek something) has waned. Based on the relative chart position of the two games, this reaction is probably being experienced by millions of other future movie-goers. The value to Disney of heightened enthusiasm for the next Star Wars film is tremendous, something they would pay tens of millions of dollars for. Conversely, the value of the Star Trek brand was not positively impacted at all, leaving millions of dollars on the table for Viacom.

This phenomenon is not simply Star Trek versus Star Wars. Properties that become popular in games generate triggers every day for millions of people. If it is a television show, having people playing a related game regularly makes them more likely to tune in to the show (or watch it in syndication). For a music star, integration in a game make someone more likely to purchase their music. I remember back to one piece of advice that Dan Ariely, the populizer of Behavioral Economics, once gave my company: To create a truly successful product people need to be thinking about it when they are not using it. That was the case with social games in the early days (when you would set your alarm to wake up to farm crops) and having a successful game based on your IP fulfills the same function: It gets potential customers to think about it when they are not enjoying it directly.

What licensors should do

Given the value of integration in games to licensors of intellectual property, you should take a different approach. Rather than treat it the same as licensing IP for use on mouse pad, look at how to optimize the value (not necessarily revenue generated) to the brand. Proactively seek out the best partners in the interactive space for your brand. Partners that will create games that last a long time and engage players. Also partners that have strong reach that will get your brand to millions or tens of millions of players. This advice specifically means:

Working with game companies generates much more value to brands when it is looked at as part of marketing than another consumer marketing initiative. Not only do you need to pick the company that will make the game a success but you must work with them (cross promotion, delivering assets, and advice about the brands followers) to help them create something compelling.

One thought on “How games help licensors”