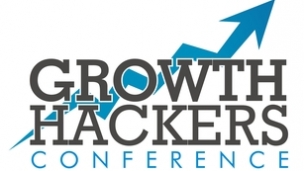 The big buzz phrase in the Bay Area the last year or so has been “growth hacking,” and the ideas behind it can help significantly game companies. The underlying principle in the phrase is that modern start-ups should be focused on using the new tools available via technology to grow rapidly their user base rather than relying on older, sometimes outdated, marketing techniques. Growth—unlike marketing—usually encompasses multiple aspects of an organization, with the growth team not only bringing in users but also working with the product team to optimize the product for growth. It stresses the importance of product to growth and how the two should work together rather than having marketing set aside in a corner. The phrase itself was coined by Sean Ellis, CEO of Qualaroo and the first marketer at many great tech companies including Dropbox and LogMeIn.

What is a growth team?

A quora post from Andy Johns (currently on Quora’s growth team and one of the early members of Facebook’s growth team) described the typical people an early stage company would put on its growth team:

You could be a team of one or a team of 20 but I think Andy does a good job of showing the basic functions that you need. Also, it is often possible to pull these functions from other elements of the company, for example rather than having your own Front-end designer, you can use the dev team.

How you can grow your game and company

There are several things you should focus on, with or without a growth team, to build your user base. I recently took the Introduction to Growth Hacking course on Udemy, which featured panels and lectures from the Growth Hackers Conference. The course provided many great growth insights relevant to game companies (I strongly recommend this course to anyone who reads this blog). Below are what I consider the most important lessons, from the Udemy course and my own experiences, which you can use to grow your game and user base

A successful growth strategy can be boiled down to try, test and measure. Test every point of the conversion funnel and see where the big issues are. You need to try different things, test to get metrics, measure the results of everything you are trying and then repeat the cycle. You must be in a continuous state of refining to improve metrics and accelerate growth. Related, you must know and understand every aspect of the metrics. You need to know the data inside and out, up to the hour, to understand what is working and how to optimize your growth.

Growing your game or company is all about trying many things, testing them (see above), then trying many more in as short a time as possible. You must create a culture where you are always trying new growth tactics, testing them, using the ones that work well (for as long as they work), then testing others. It is about speed. It is not about creating a robust grand strategy and sticking to it but continually trying and testing new tactics.

Create something players must have

The key to a fast growing and successful product, as Sean Ellis points out, is to focus on its must have experience, what the user or player cannot live without. This requires surveying or testing your best users to see why they are heavy users and then building on this must have experience. Once you understand on what that must-have is, you then reinforce it. You market to people who will appreciate that value and you put your development resources to enhancing that value. Development should reduce friction for the user in achieving that must-have experience. The marketing should flow from its hook to the consumer value.

Creating a fast growing company or game is less about the virality or retention tricks and more about delivering a ton of value to your customer. Both Sean Ellis and Chamath Palihapitiya (the architect of Facebook’s growth to a billion users), in their lectures, point out that companies with the highest growth achieve this growth because people cannot live without the product.

It’s about word of mouth, not K-factor

It is also crucial to generate word of mouth, an old-school phrase that both shows customers love your product and act as ambassadors for it. In my first game company, our must-have crucial survey metric was whether players would “tell their friend” about our game. That was what we focused on during the green light and development process and led us to a string where almost all of our titles hit the top five. Palihapitiya also stressed not to look at K-factor, claiming it destroyed value. At Facebook (in my opinion, the greatest growth story to date), he never talked about K once. Instead, his focus was optimizing the product to deliver value to the customer, getting them as quickly as possible to their “a-ha moment” (similar to what Ellis describes as the must-have experience). When a customer has that a-ha moment, they will they gladly serve as your ambassador rather than tricking them into it with tricks to manipulate K. It becomes what Ellis calls it a “spreadable experience.”

Also, for a social game company, the focus needs to be on growth for the entire company. As Palihapitiya points out (sorry about quoting him so often, but growing Facebook to 1 billion users and buying part of the Golden State Warriors is not too bad), growth was the only topic of all meetings. Since growth was expressed as value to the users (as discussed above), everyone at Facebook could get their hands around it. Focusing on growth helps get the product people on the same page as user acquisition (marketing) and management.

Another important rule in facilitating growth is to focus efforts on what is working best, rather than putting extensive resources into the problem areas. Elliot Shmukler, LinkedIn’s growth guru, does a great job of showing the math that proves it is better to put resources into what is generating the most players for your product. He calls it the ten percent rule, where you assume you can increase growth from a source by ten percent by focusing on it. Thus, if you focus on where you are seeing the most traffic or revenue, that ten percent will have a much bigger impact than if it was put into a problem area and might have more impact but end up generating less traffic. Overall, a key aspect to optimizing growth is prioritizing and this ten percent rule shows that prioritization begins with your biggest channels. I also want to point out that if LinkedIn finds tremendous value from prioritizing resources, imagine its importance to companies that do not have as many resources (which is virtually all of us).

A related point that Shmukler makes is that it is a lot easier to get an active user to do more than to get an inactive user to do anything. It is easier to build on a strength than a weakness. A lot of resources at game companies are devoted to re-engaging users who have left the game, get players who never monetized to spend $0.99 or otherwise encourage their worst customers to get a little better. Instead, it would be more effective to get those very engaged with the game (who have reached their must have experience) to send out more invites, spend more money, etc.

Another key element to growth is international, a strategy I have evangelized since my first blog post. International presence was probably the biggest single factor in Facebook’s growth to 1 billion (pardon the circular argument as it could not have grown to 1 billion based on the US population of about 314 million). Looking outside the US increases your potential market by 20X. It is often a less competitive space, especially if you choose your targets carefully. Finally, foreign markets can have a higher ROI, as the less competitive nature can lead to lower user acquisition costs while you can still target territories that monetize as well or better than the US.

Reassess flows and prioritize by platform

While you need to refine continuously your growth strategy as your metrics evolve, you should re-evaluate your strategy when you add a new platform or it changes in your mix. Many companies were caught sleeping when mobile became the biggest growth channel (just look at Facebook’s struggle). Some things that worked on the PC web either no longer worked on mobile or were not the best way to approach growth. As our space is constantly changing, it is crucial to pivot when the market evolves, be it from Web to mobile, or maybe from iOS to Win8 (or the next big thing).

I discussed here some of the high level strategies for growth but every company will have different needs and opportunities. The key point is to focus on growth, test to optimize and create a must have experience for your user. Your tactics may vary, but this framework is the key to growing a great game or business.