It all comes down to one word: simplicity. This sounds very easy but creating a simple game experience is one of the most difficult elements of game design. In the social and mobile space, the games that are most appealing to the mass market are those that are very straightforward, simple experience. You can understand the game and start playing in the time it takes to get a latte at Starbucks (and often for less money). If you think of the games that have defined casual and social gaming, including Bejeweled, Farmville, Angry Birds and Candy Crush Saga, they are all easy to begin playing and simple to understand. Yet how many thousands of companies have unsuccessfully tried to quickly follow these successes with disappointing results? 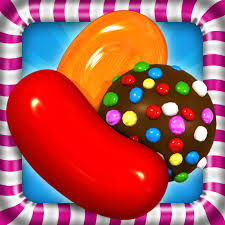 The key factor is that the player should be able to start playing and having fun immediately. They should not have to memorize an intricate system or go through a long tutorial. No long manuals, no Google searches, no emailing friends for instructions should be needed, or even considered, by the player. First, the player needs to be exposed immediately to the core game loop, that is the underlying mechanic the makes the game fun and keeps the player coming back. The quicker the player gets engaged with the core game loop, and not distracted by other features, the better. This engagement is seldom achieved through a tutorial, a convoluted story or mini-games. Design your game so the player can start playing quickly and understand what they are doing and their goals without it being explained to them.

Don’t forget about word of mouth

One of the keys to success in the gaming space—and virtually any business—is achieving great word of mouth recommendations. In mobile gaming, in particular, word of mouth is crucial as it helps drive a game to the top of the charts, which creates more organic installs. The challenge is that very few (if any) growth executives know how to generate word of mouth. It is like creating a viral video or ad; everyone wants to create one, but the chances of achieving success are less than two percent.

I have seen, however, a very strong correlation between an “easy to play and understand” game and word of mouth success. This correlation is probably caused by the ease of conveying the “fun factor” of a simple game. It takes me one sentence to explain why you would like Candy Crush Saga or Plants vs Zombies, so it is much easier for me to tell my friends about it (after all, who wants to listen for ten minutes about why a game is fun). Moreover, if you see someone playing one of these on that Starbucks line, you can figure out in a few seconds what they are doing.

An easy to play game is not necessarily a smaller game and is definitely not one with an easier development effort. That is the mistake most commonly made by developers, especially those from the traditional game space (i.e., console or PC retail games). They often feel they are making a great social game by reducing the number of levels or options. Instead, the game needs to be designed from the ground up to be quick to enter, easy to understand the mechanics and goals as well as be fun. You want a lot of depth to the game, but not at the expense of an easy to understand core game loop. Again, Candy Crush Saga is a great example of easy to play and understand but with an incredible amount of depth.

The real challenge is putting in the time and effort to simplify the game. It takes more work to create a simple game than to throw in a lot of features and quests. I liken this approach to (in my opinion) lazy authors who write a 600-page book with more details than necessary, when a 300-page version would be more powerful and enjoyable. Or a movie director who lets a superhero movie stretch to 3 hours when the same story can be told in 90 minutes and be a much better movie. It takes a lot of editing and work to turn that 600-page book or 3-hour movie into a tight experience, but that is what creates a great product. It is the same with games; your team must put in the effort to eliminate the fluff and get players having fun quickly—and consistently—with the core game loop.

To sum it up: The key to building a successful social or mobile game is creating a simple experience. Design the game from the start to have a strong core game loop that the player will not only become immersed in quickly but also enjoy for weeks and months on end. Do not add features that distract from this core loop but you can brag about in Gamasutra. Do not rely on a tutorial to get players into your game. Instead, simplify, simplify, simplify.

6 thoughts on “The secret of creating a hit game”